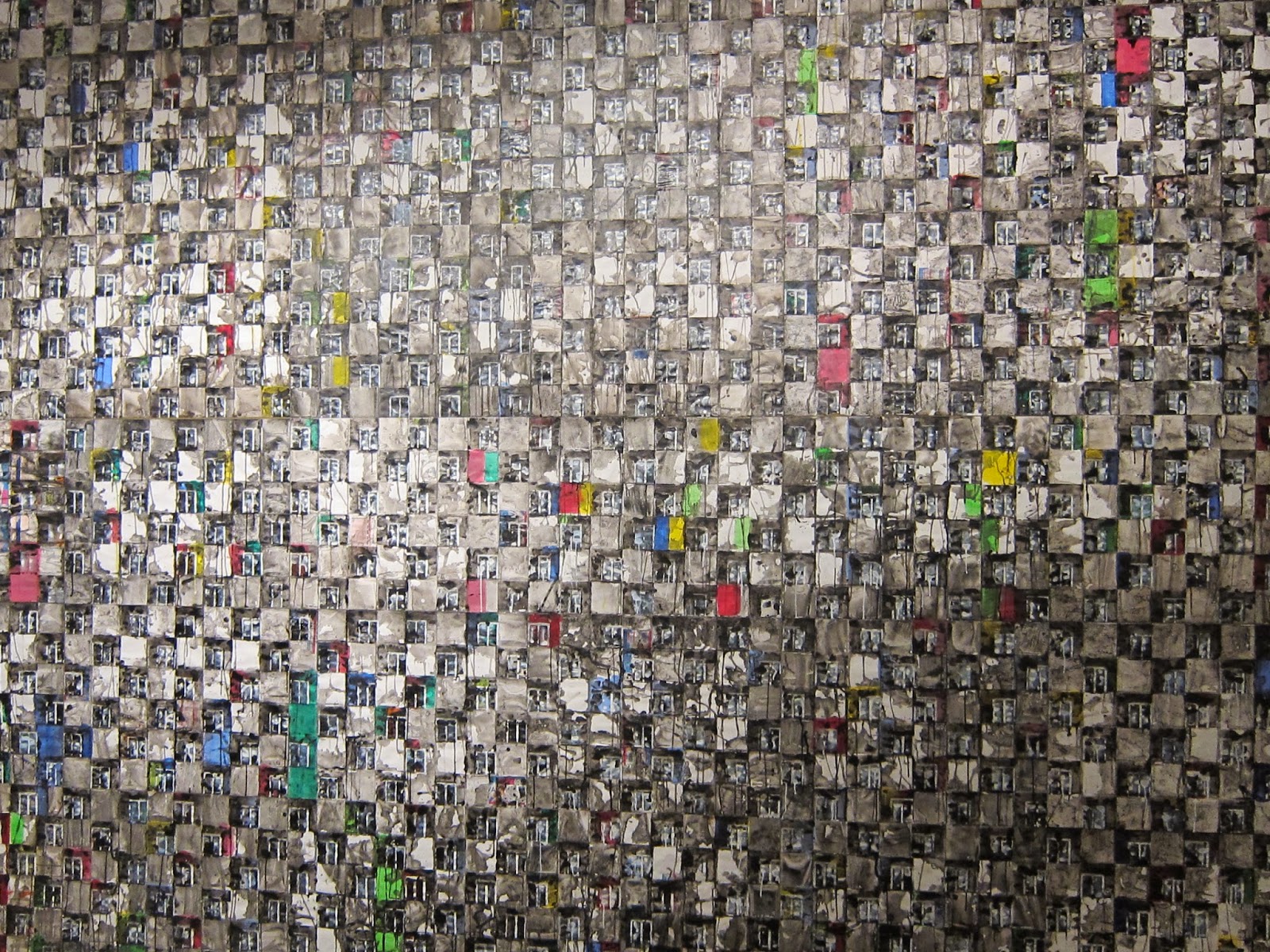 Pefura is an artist trained as an architect, of Cameroonian origin but born and raised in Paris, France, and now living in Milan, Italy... and currently exhibiting at Skoto Gallery, in New York City, not for the first time.
His previous exhibit, in 2005, was reviewed in the New York Times by the art critic Holland Cotter.
In this show, "Pefura: nos voyages immobiles" ("our motionless trips"), his architectural background is still very much the backbone of his art, but these works are very different.
There are wall-size collages, made of squares; at first glance you may think that many squares are repeated, but in reality no two squares are alike, even if some resemble each other. 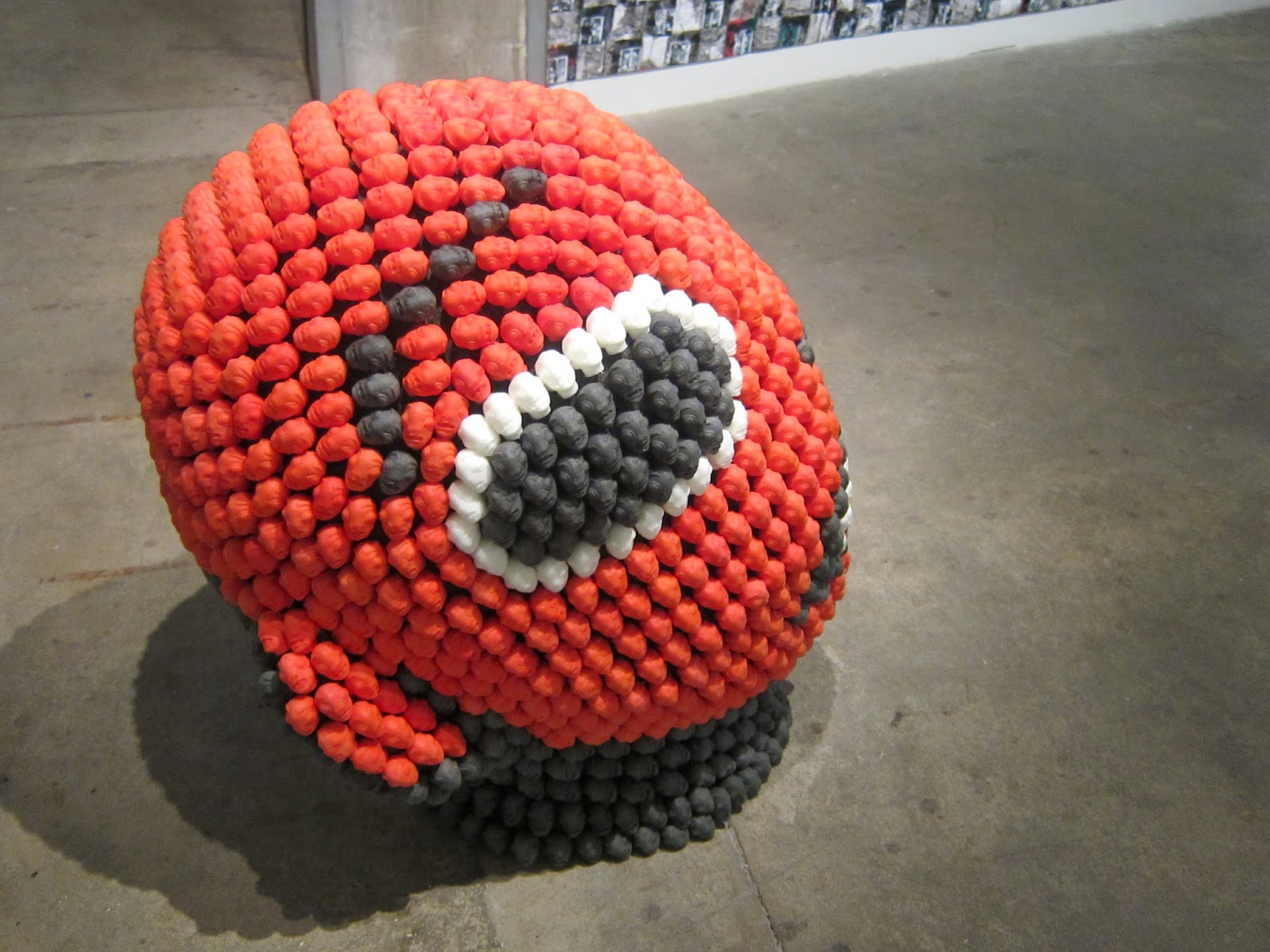 Another theme is small (viewed from afar) suitcase-style sculptures; one of them, however, upon closer study, is a meticulously hollowed out and reconstructed book.
Then there are the paintings, more human-centric than the architectural theme of boxes seen in perspective. And finally, a sculpture of a head, built with a multitude of tiny polyurethane masks in red, white, and black.
The show is at Skoto Gallery until May 16, 2015: 529 West 20th Street, New York, NY, 5th floor. Gallery hours are 11am-6pm.
Pefura's biography