Showing posts from 2012
Show all

Africa is a Country blog: "Social Media in Africa's Revolutions"

December 24, 2012
Read in Africa is a Country , this article about an exhibition at the Museum of Contemporary African Diasporan Art (MoCADA) in Brooklyn, NY: http://africasacountry.com/2012/12/21/social-media-in-africas-revolutions/
Post a Comment
Read more

Getting to Zero, event organized by the Harvard African Law Association 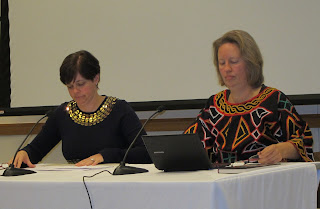 Tracey Masella and Rolande Hodel On November 30, the Harvard African Law Association hosted a fundraising event: Getting to Zero , in honor of World Aids Day. The Harvard African Law Association ’s mission is to “unite African students and students interested in Africa, and increase awareness of legal, social and economic issues that shape and concern the continent of Africa”. Two nonprofit organizations were invited to present their organizations’ activities:  Medical Relief Association (MRA) and AIDSfreeAFRICA . The evening’s Master of Ceremonies was Sedoo Manu; the moderator, Mr. Nana Okyir; Sia Henry was one of the organizers and main point person. All three are students at Harvard Law. The audience on November 30 Tracey Masella, Board Chair of MRA, showed us a video of the goat farm recently inaugurated by MRA in Kenya. MRA’s mission is to help families affected by AIDS the means to earn a livelihood and lead healthy lives. To achieve this goal, MRA donates dairy
Post a Comment
Location: Cambridge, MA, USA
Read more 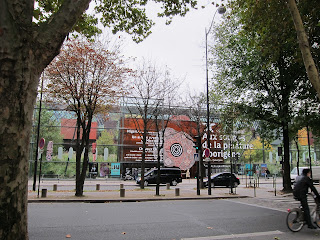 Paris boasts a modern museum whose core permanent exhibitions are of traditional art in Africa, Asia, Oceania, and the Americas. The Musée du Quai Branly , located close to the Eiffel Tower, is a modern and "green" structure opened to the public in 2006. Quai Branly Museum street view La Rivière Entering the museum is in itself an adventure--first through outdoor winding paths, in the garden, and then an interior winding path, in itself a work of art called the "River" showing words projected in the ground, moving like water. It's quite a trip to reach the top, where the entrance to the permanent exhibits is, as well as to the current exhibition, "The Art of Hair." Below are a few photos of the Africa section. As usual in all African traditional art exhibits, there are many pieces from the Grassland Bamiléké region's prolific artists. However, to my great surprise, there was one piece, not just from Douala, but specifically from Deido,
Post a Comment
Location: Paris, Frankreich
Read more 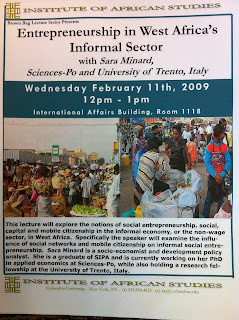 The following is paraphrased (ever so slightly) from the answers kindly provided by the IAS through Zinash Seyoum.   The Institute for African Studies of Columbia University (IAS) was founded in 1959 to serve as Columbia University's central forum and resource for African-centered academic research, program development, curriculum administration, student advisement, and local, national and international dialogue, as well as action on the region. There was not, as far we know, a specific scholar or administrator behind the founding of the institute. It was part of an institutional reaction to post-World War II, characterized by the rise of nationalism in the former colonial empire, the challenges of nation building, along with development, and the Cold War.An environment that called for a production of knowledge to serve government policies and foreign relations at bilateral and multilateral levels emerged. At the beginning of John F. Kennedy’s adm
Post a Comment
Read more

T-shirts with graphics of the African continent 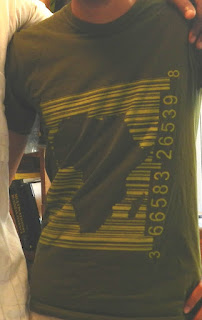 Over the years, I bought several "Africa" t-shirts for my son, all quite nice... Here they are. Purchased via Twitter AEF 2012 Edun Global Peace Exchange
Post a Comment
Read more

West Africa on the Hudson 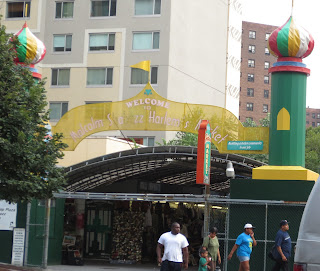 Interviews and research from Bineta Fall and Mohamed Ka, New York Entrance to Malcolm Shabazz Harlem Market Statistically many immigrants from Sub-Saharan Africa to the United States are from English-speaking countries (former British colonies), such as Nigeria, Ghana, with a relatively large influx from South Africa (which is not officially an English-speaking country), along with Kenyans, not shown in the Wikipedia article. However in New York City, the French-speaking population from Western African countries is noticeable, especially in Harlem. In the 1990s, Harlem seemed to be a mini-outpost of Senegal and Guinea. Gambians (English-speaking) are also represented, as geographically , their country is wedged within Senegal. Arame Adje, the self-proclaimed "Grandmother of the Community" arrived in 1986 from Senegal. She says that the Senegalese started arriving in the United States in the mid-eighties, during a very bad drought in Senegal. Also, flights from Daka
Post a Comment
Location: Harlem, New York, NY, USA
Read more 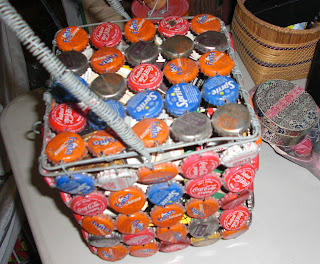 This week's post was published on New York in French . For the first time in years, I wrote in French.... and translated into English ! The post is about Vickie Frémont's latest "Tour of Recycling" in Peru with the Alliance Française.
Post a Comment
Read more 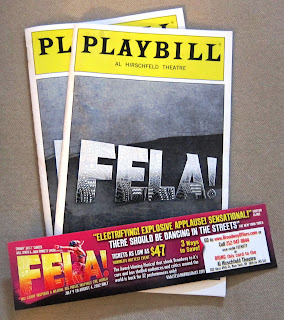 Last week we attended our first Broadway show (after living in New York city for many years!), to see the much-acclaimed Fela! I was a fan of Fela Anikulapo Kuti 's music well before I ever imagined living in Africa and marrying an African, to boot. French acquaintances introduced me to his music as a student in Paris, and I was immediately smitten. In the late seventies and early eighties, when I met my future spouse and learned so much more about Africa, Nigeria seemed to be the shining star of the continent, with industry and close to 100 million inhabitants. Unfortunately, politics brought the country down; I still see it as a beacon, however, and I believe it is again on the rise, after I attended the recent African Economic Forum : it is now an even more populous country, with a plethora of highly educated people and oil revenue, I hope, being better routed, so as to serve a larger number of Nigerians. The Fela! show recounts the stages of Fela's adult life, rende
Post a Comment
Read more 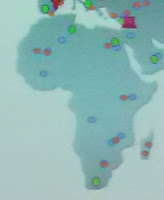 As I currently work in information technology, I came across an article about IBM's activities in Angola. This made me curious to find out more about IBM's activities in Sub-Saharan Africa. Not being on the ground, it was not easy to receive information. IBM's Growth Markets headquarters are based in Shanghai, China--a half-day of time zones away from New York, and where the staff appears to be incredibly busy and constantly globe-trotting. I reached out to Bruno Di Leo, General Manager, IBM Growth Markets, who put me in contact with Ms. Vera Rosauer. She provided me with the answers to my questions (listed below).  I would have liked to have more details, and something akin to personal stories, however, IBM is an enormous organization, and corporate communications are tightly controlled--understandable, viewing the fact that information is often twisted in the media, but the result is that this blog post ends up sounding rather commercial, but it is absolutely not a spo
Post a Comment
Read more 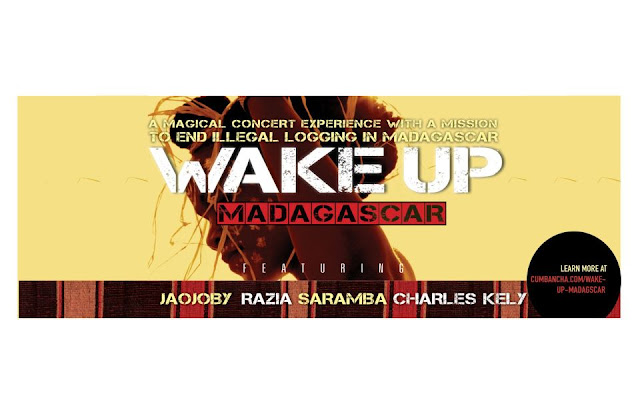 Razia Said is currently on a US tour, "Wake Up Madagascar". Information can be found on her Facebook page. Next stop is Toronto on Tuesday, July 17, at  Lula Lounge   Toronto, C anada. The concert will be at Le Poisson Rouge in New York on Saturday, July 21. As always, the main goal is to raise awareness of illegal logging in Madagascar.  More information can be found at  http://www.wakeupmadagascar.com/ .
Post a Comment
Read more

An American in Ghana 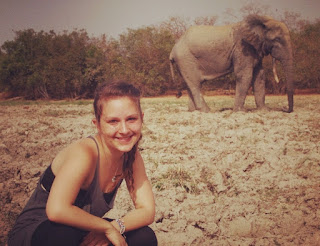 My curiosity was piqued when my colleague told me about his daughter,  Emily Silver, who  just returned to the United States from a  semester abroad in Ghana, Africa. She is 21 years old, and a double  major in Dance and Arts for Children, studying at The College at  Brockport  (NY State). She studied dance for most of her life, and now  hopes to channel her childhood passion into a  fulfilling adult career.  After meeting her (and after hearing about her from her proud father!), I asked to interview her for this blog, as she demonstrates much passion, not only for life and dance, but also about her time in Africa. Emily, what brought you to Africa?  During this pivotal time in my life, I have  done a lot of self reflection and come to recognize that my friends  are my world, I am interested in the less glamorous walks of life, I  enjoy finding hidden treasures and that I am a self proclaimed  extremist and wouldn't have it any other way. I thrive off of  challenge and I e
Post a Comment
Location: Accra, Ghana
Read more
More posts