June 23, 2013
The word "toubab" means "white person" in Wolof, a language spoken in Senegal, and also in Bambara (Mali). Why use this term for the name of this accessories company? Because Maud Villaret, the head designer, is a toubab herself; Toubab Paris brings two worlds together, and symbolozes the back and forth between the continents. I was attracted by her whimsical designs, and curious to find out how she came about creating African themed accessories... 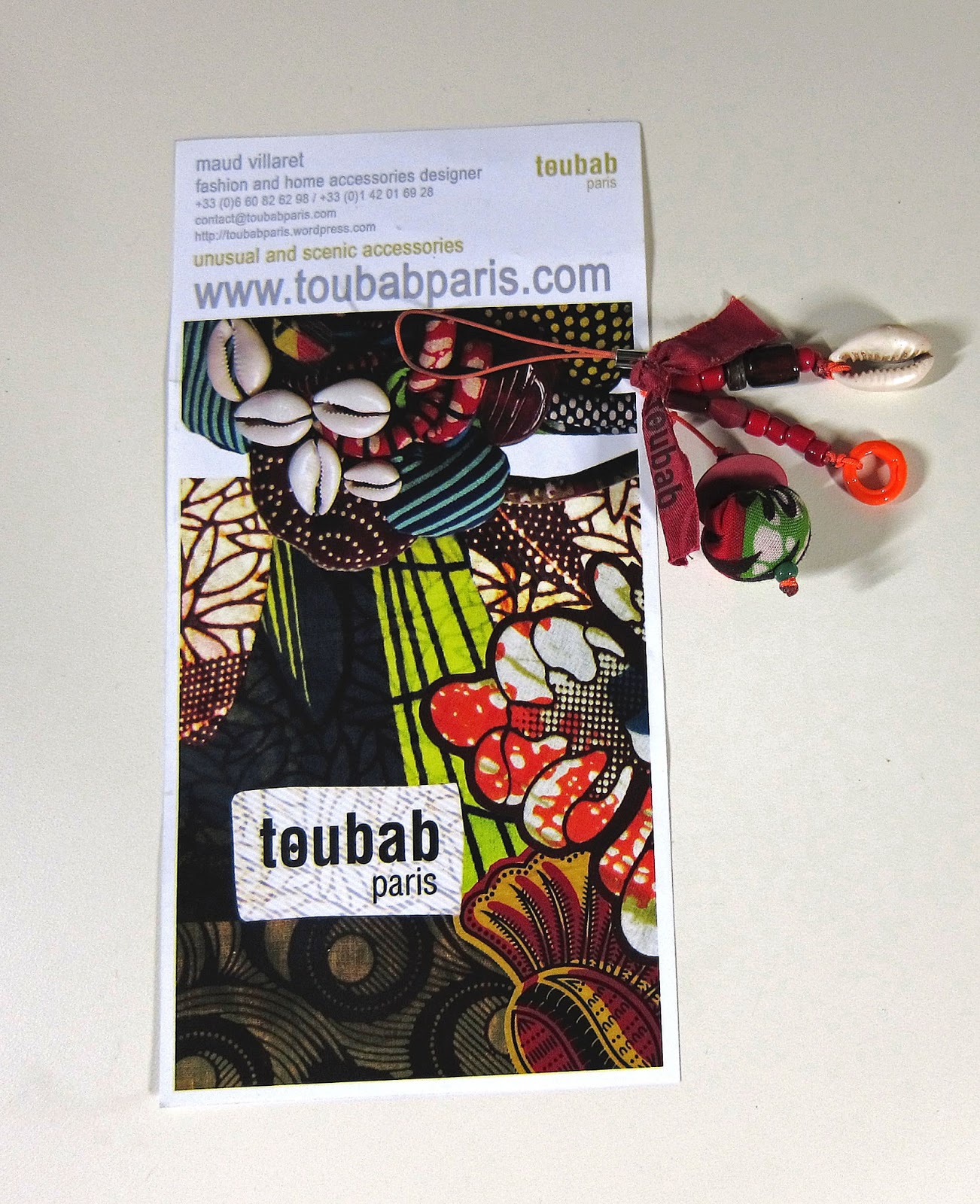 Born and raised in France,  Maud attended a well-known design school, the Ecole Duperré, majoring in textile arts. During her last year in school, she traveled to Mali for an Indigo workshop. Indigo dye is a natural dye, from the plant Indigofera tinctoria - it is written that the dye was first widely used in India (ancient Phoenicia used a similar color that came from a rock snail, the Murex). Nowadays, Indigo is still widely used in Western Africa, in countries such as Guinea, Senegal and Mali.
After obtaining her degree, Maud worked in fashion design, as a freelancer for several years, in Paris. However, the love of offbeat elements (such as "repurposed' suitcases) and of African style never left her, and she started her own company: Toubab Paris. Toubab Paris uses discarded materials, and recycles them into original, one of a kind or limited series, colorful accessories that will pep up any outfit. The ideas are never ending in Maud's imagination, and she is constantly coming up with new styles and designs, for all tastes and budgets. One of her first clients was the Quai Branly Museum.
Sustainability is not only in the re-use of objects and materials but also in the fact that the company employs women trained for "re-insertion into the professional world" in the Paris suburbs, as well as artisans throughout the African continent.
The accessories are currently sold in about 15 countries, including France, England, Belgium, Japan and Australia, and have received glowing press reviews in a variety of magazines.
Recently, Toubab Paris held a trunk show at a boutique in Soho, Babel Fair, owned and managed by Erica Kiang. Babel Fair specializes in unique pieces from international designers and took an immediate liking to Toubab's African and French fusion aesthetic.


A blog post with more photos of the 2013 Toubab Paris New York showing is available at African Prints in Fashion.