An American in Douala 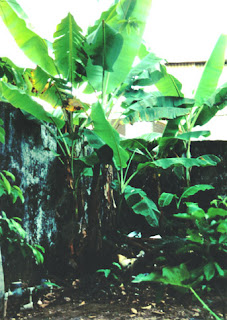 One day a new American woman appeared in Douala, Tilda*. She did not arrive with a Cameroonian spouse, nor was she with the Consulate or the Cultural Center.
From what I was able to gather, she had left corporate life in the United States to come live in Africa. Hearsay was that she had been swindled out of her savings by an African man (not a Cameroonian, but I don't want to sully any national reputation by saying which country he was from).
She created a (in our eyes) modern chicken farm: sheds with many chickens living in them, across the river in Bonabéri. She delivered to our homes, minimum order: 5 chickens; she also sold eggs. After several years eating what we called "Bicycle Chicken," i.e. chicken that has lived its life running around and pecking earth, with muscles as hard as the winner of the Tour de France, we were quite grateful to have tender, albeit small and more expensive, chickens.
I perceived that Tilda was struggling financially. She certainly didn't seem to lead anything even close to a comfortable life. However unenthusiastic and even bitter about her life in Cameroon, however, Tilda indicated that she was unwilling and/or unable to return to the U.S.
After I left Cameroon, I did not hear anything about her, until last year, when a common friend wrote me that she had been run over by an automobile while riding her bicycle. Rest in Peace, Tilda.