August 30, 2014
The Vilcek Foundation was created to highlight the achievements of the many talented immigrants who made their life in the United States.


Marica and Jan Vilcek are originally from Slovakia. Jan Vilcek, a microbiologist, has 45 patents in his name and was the co-inventor of the blockbuster drug, Remicade. Marica is an art historian. They fled Soviet-controlled Czechoslovakia for the United States 50 years ago, and created the Vilcek Foundation in 2000. Every year, they give out rewards in different categories. This year’s focus was excellence and innovation in design.
On June 19, 3 of the award recipients came together for a panel discussion at the Museum of Arts and Design (MAD) in New York City. The designers spoke about their creations, and topics covered were material ecology, and how can industrial design improve society? The discussion was moderated by Glenn Adamson, Director at the Museum of Arts and Design. Mansour Ourasanah, originally from Togo, was one of the featured designers, along with Neri Oxman and Quilian Neria.
Mansour, a recipient of the 2014 Vilcek Prize for Creative Promise in Design, had intended to study mechanical engineering, but was lured by the creative aspect of industrial design.
His inventions concentrate on either personal well-being, or that of the planet. 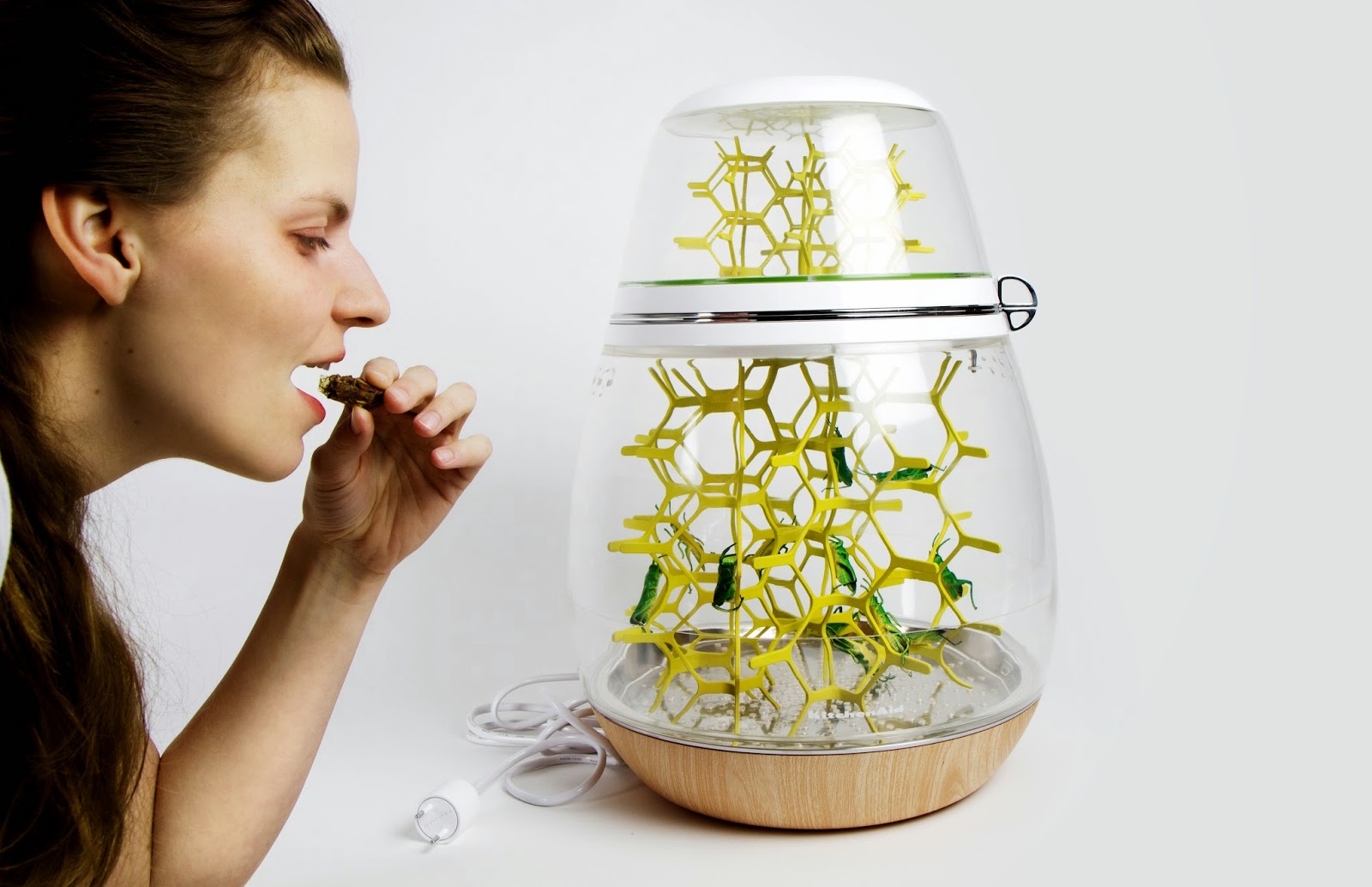 One of the pressing issues nowadays is how will we feed an expanding world population? In "Lepsis: The Art of Growing Grasshoppers," Mansour designed a miniature countertop "farm" that can be kept in your kitchen, to breed grasshoppers for protein. Around the world, and more specifically in Africa, people do already eat grasshoppers and other insects. Grasshoppers provide low-cost protein that uses far less energy resources than beef or even chicken, and Western chefs are starting to catch on, as in the WSJ article, "Celebrity Chefs Tout Bug Cuisine." Others are producing flours and cookies made with ground mealworms.
A more personal invention is a kit for pregnant women to monitor their health and their nutrition.
A tech gadget is a power strip with pedals, the Eject Powerstrip, so you don't have to bend down to unplug an electrical device, or yank on the cable.
At the time of this blog's first publication,  Mansour was working for Whirlpool Advanced Studio as Senior Designer since 2012.
Since 2016, he works for KitchenAid.
We can look forward to many improvements in our households!
(Photos provided courtesy of Mansour Ourasanah)