Showing posts from February, 2019
Show all

The Kraal on Instagram: an expression of African cultural pride 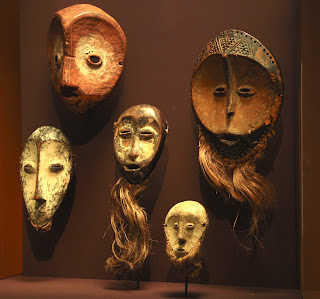 Masks, Initiés du Bassin du Congo, at the former Musée Dapper* A few years ago, I found out that the hype about Instagram was justified. I found it to be a great platform to post photos, and it's useful for those aiming to sell a product, as I have already purchased items from several vendors seen on Instagram! And not to forget the beautiful and inspirational photos and posts from all over the world. It is also a platform for cultural exchange. As a person with more than a little interest in Africa, I soon started following  @the.kraal . The stated mission:  " Exploring the magic of Africa and the diaspora through history, culture, traditions, spirituality, and more." The feed covers many regions of Africa, especially Sub-Saharan. It features traditions, art, religious practices, but also known and lesser-known heroes of Africa.  So little is known about Africa's history. Not only that there were kingdoms and erudition in pre-colonial times, but post-co
Post a Comment
Read more
More posts