Showing posts from November, 2015
Show all

ESSACA: an architecture school for Cameroon 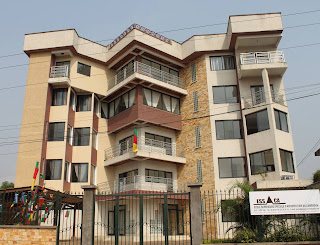 ESSACA  Since Cameroon’s independence in 1960, the country’s architects have all been educated abroad: many in France, as the country was a French Protectorate after World War I, but also in Germany, Greece, the United States and in neighboring Nigeria. Jean-Jacques Kotto, a Cameroonian architect, former President of the ONAC (Ordre National des Architectes du Cameroun, the Cameroon architects’ association, which manages architectural registration) and current President of the Union of African Architects, decided to take the leap and created ESSACA in 2009. ESSACA stands for Ecole Supérieure Spéciale d’Architecture du Cameroun – translated literally, “Superior Special School of Architecture of Cameroon” which, in French, does not sound incongruous! In practice, it is a private architecture school, offering B.Arch, M.Arch and doctoral degrees. The school started out with all of seven students. Five years later, in 2015, there are 45 students, and the school is celebrating
Post a Comment
Read more

Back to Africa – Douala first impressions 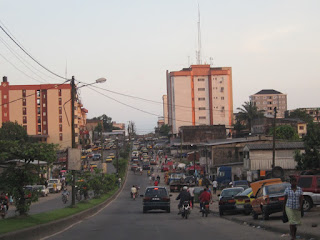 Douala is not the same as when I left it over twenty years ago. The city has sprawled, rather than grown upwards; what used to be almost countryside, is now covered with construction, unfortunately mostly without any design process. Architects are perceived to be expensive, so any neighborhood, sometimes self-proclaimed draftsperson, will do the job of drawing up a building and finding a way to obtain a building permit (or not). Almost every square inch of sidewalk is taken up by tiny businesses. There is so much unemployment that it is totally understandable, and I salute the young person with a technical degree in electronics selling peanuts from a wheelbarrow. He is trying to make a living on his own, rather than sit home and ask for funds. Motorcycle rider with bags of bread Motorcycles are everywhere, and beware when you cross the street. The bus agency closed years ago, and now motorcycles are many people's preferred mode of public transportation: inexpensiv
Post a Comment
Read more
More posts