May 10, 2012
An excellent panel discussion at the Columbia University African Economic Forum was about Tourism in Africa.

In the news, we hear mainly of coups, famines, massacres and economic woes. These issues exist. However, the African continent is chock-full of fantastic scenery and exciting traditions, not to mention the beautiful handicrafts. Not only is travel from other continents to Africa rising, but increasingly Africans are traveling within their own continent rather than going to Europe or the United States. My first-hand experience is speaking with Cameroonians who shuttle back and forth from South Africa, which used to be on every Cameroonian's list of countries it was forbidden to visit (during Apartheid) just 20 years ago.

Edward Bergman stressed the fact that tourism is an industry that leaves hard currency in the country visited, without removing anything from the country, such as raw materials: an especially big issue in Sub-Saharan African countries. Statistics from "The State of Tourism in Africa" include the following numbers:
476 million arrivals in Europe; 203 million in Asia-Pacific Rim; 98.2 in North America; and 63 million in Africa (including North Africa) showing much opportunity and potential for growth.

For Sthu Zungu, the highlight in recent years was the 2010 World Cup in South Africa, which brought in 23% more visitors; in 2011, rather than going down, visitorship went up yet another 2%.  The additional good news is the increase of visitors from the rest of the continent. 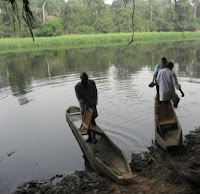 Kobina Brew-Hammond spoke of the airline industry in Africa and the fact that many passengers are "VIAFAR"- Visiting Friends and Relatives, along with Expatriates. Travel from Middle Eastern countries is rising, and this group does not come just to see animals (often the case for Westerners*). It certainly helps when the governments get engaged and engage with the private sector to encourage tourism.The cost of tickets is a big challenge; fuel costs rising have a big influence on ticket costs, as they correspond to a large percentage of a ticket price.

Rumit Mehta was born in Africa, educated as an architect, in which profession he worked for 13 years. He founded Immersion Journeys and the trips he organizes focus on Eastern/Southern Africa and more recently Ghana, for which his company was selected by National Geographic as one of "50 Tours of a Lifetime."
His perception is that Sub-Saharan Africa is still a daunting environment for American tourists, who have very little knowledge of the continent beyond (bad) current events (at the moment, Mali and Sudan) and ask what can appear to be "silly" questions. Africa has a very real branding issue. Immersion Journeys has an office in Tanzania, where requests arrive for travel to Kenya, sometimes Zambia, and South Africa.
The logistics and cost of traveling within the African continent are also a challenge to intra-continental tourism.

To the mention of how unknown Africa can be to the average American, Mr. Bergman said the perception is that a country only exists if it shows up on Google Maps! The obstacles are there, but to be turned into opportunities.

Mr. Mehta advises that the local skill set is crucial to welcome tourism; all along the line, trained people are needed. Emerging destinations are for example Ethiopia, Burundi, and Congo (wilderness trips). In his view, few people understand how much beauty there is in the continent.

Ms. Zungu spoke of the shifting media, towards a more digital space, where people can tell their own stories; also, more young people are traveling internationally, including to Africa. Twitter is bringing African voices out of the continent, but it is still early to gauge the results. There are few international correspondents on the ground; local media may not always be trustworthy.

For those who don't have an active or strong Ministry of Tourism or tourism industry: Mr. Bergman's advice is to find another ministry to obtain support for your tourism project. To that, Ms. Zungu added that even in South Africa, some provinces are under-served and struggle to get attention and funding. Mr. Mehta's added that some countries' tourism boards forbid cooperative marketing or joint campaigns, which can seriously undermine efforts to promote tourism on a tight budget. 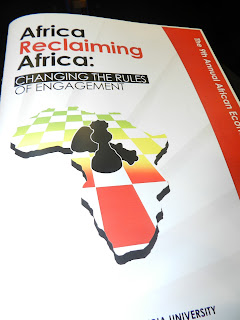